Summary: Previous generations of mobile communications technologies mainly targeted exchanging information via voice, data/video, and the Internet communications. Following the efforts of the BMBF 6GEM Research Hub in Germany, we address the research efforts of technology evolution toward 6G networks for industrial and experience-rich (i.e., extended reality, etc.) communications to digitalize the industrial applications. In particular, the vertical sectors such as automotive, production, healthcare, and logistics are early adopters of industry digitalization in the future. Therefore, this panel aims at shedding light on the ample opportunities and challenges with this fundamental change in communication technologies. To this end, the following objectives are addressed at the panel: 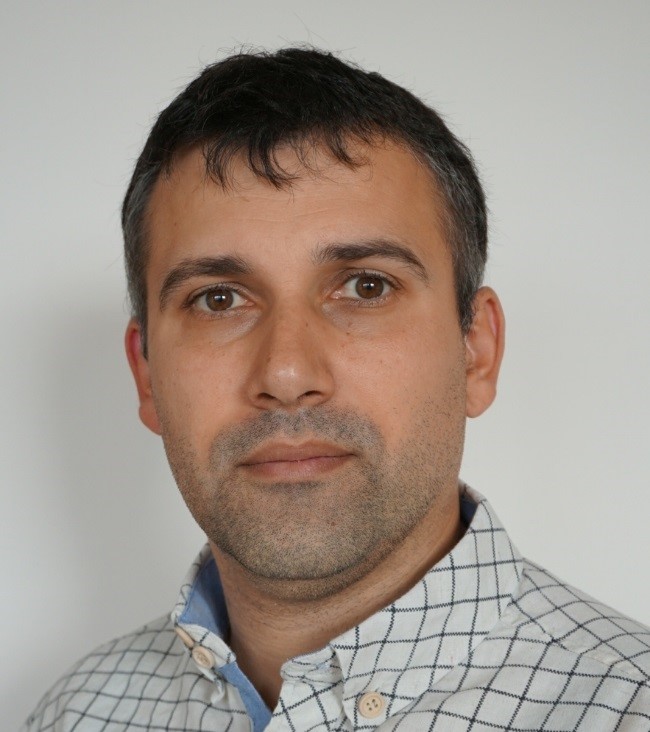 Bio: Haris Gačanin (IEEE F’20) received his Dipl.-Ing. degree in Electrical engineering from the University of Sarajevo in 2000. In 2005 and 2008, respectively, he received MSc and Ph.D. from Tohoku University in Japan. He was with Tohoku University from 2008 until 2010, first as a Japan Society for the Promotion of Science (JSPS) postdoctoral fellow and later as an Assistant Professor. He joined Alcatel-Lucent Bell (now Nokia Bell) in 2010 as a Physical-layer Expert and later moved to Nokia Bell Labs as Department Head. Since April 2020, he has joined RWTH Aachen University. He is the head of the Chair for Distributed Signal Processing and co-director of the Institute for Communication Technologies and Embedded Systems. His professional interests are related to broad areas of digital signal processing and artificial intelligence with applications in wireless communications. He is a fellow of IEEE and a distinguished lecturer of IEEE Vehicular Technology Society with numerous scientific publications (journals, conferences, and patents) and invited/tutorial talks. He is a recipient of several Nokia innovation awards, IEICE Communications Society Best Paper Award in 2021, IEICE Communication System Study Group Best Paper Award (joint 2014, 2015, 2017), The 2013 Alcatel-Lucent Award of Excellence, the 2012 KDDI Foundation Research Award, the 2009 KDDI Foundation Research Grant Award, the 2008 JSPS Postdoctoral Fellowships for Foreign Researchers, the 2005 Active Research Award in Radio Communications, 2005 Vehicular Technology Conference (VTC 2005-Fall) Student Paper Award from IEEE VTS Japan Chapter and the 2004 Institute of IEICE Society Young Researcher Award. Furthermore, he served as an Associate Editor of IEEE Communications Magazine, associate editor of IEICE Transactions on Communications and IET Communications. In addition, he acted as a general chair and technical program committee member of various IEEE conferences.

Bio: Aydin Sezgin received the Dipl.Ing. (M.S.) degree in communications engineering from Technische Fachhochschule Berlin (TFH), Berlin, in 2000, and the Dr. Ing. (Ph.D.) degree in electrical engineering from TU Berlin, in 2005. From 2001 to 2006, he was with the Heinrich-Hertz-Institut, Berlin. From 2006 to 2008, he held a postdoctoral position, and was also a lecturer with the Information Systems Laboratory, Department of Electrical Engineering, Stanford University, Stanford, CA, USA. From 2008 to 2009, he held a postdoctoral position with the Department of Electrical Engineering and Computer Science, University of California, Irvine, CA, USA. From 2009 to 2011, he was the Head of the Emmy-Noether-Research Group on Wireless Networks, Ulm University. In 2011, he joined TU Darmstadt, Germany, as a professor. He is currently a professor of information systems and sciences with the Department of Electrical Engineering and Information Technology, Ruhr-Universität Bochum, Germany. He is interested in signal processing, communication, and information theory, with a focus on wireless networks. He has published several book chapters more than 60 journals and 180 conference papers in these topics. He has coauthored a book on multi-way communications. Aydin is a winner of the ITG-Sponsorship Award, in 2006. He was a first recipient of the prestigious Emmy-Noether Grant by the German Research Foundation in communication engineering, in 2009. He has coauthored papers that received the Best Poster Award at the IEEE Communication Theory Workshop, in 2011, the Best Paper Award at ICCSPA, in 2015, and the Best Paper Award at ICC, in 2019. He has served as an Associate Editor for the IEEE Transactions on Wireless Communications (2009-2014), and as an area editor for the Elsevier Journal of Electronics and Communications (2010-2011). He was also the General Co-chair of the 2018 International ITG Workshop on Smart Antennas, the program co-chair of  the 2019 Crowncom Conference, and the workshop co-chair of the 2022 WCNC workshop on rate-splitting and next generation multiple access.

Bio: Sumei Sun is a Principal Scientist, Deputy Executive Director (Research), and Head of the Communications and Networks Dept at the Institute for Infocomm Research (I2R), Singapore. She is also holding a joint appointment with the Singapore Institute of Technology, and an adjunct appointment with the National University of Singapore, both as a full professor. Her current research interests are in next-generation wireless communications, joint sensing-communication-computing-control design, and industrial internet of things. She is Editor-in-Chief of IEEE Open Journal of Vehicular Technology, Steering Committee Chair of IEEE Transactions on Machine Learning in Communications and Networks, a Distinguished Speaker of the IEEE Vehicular Technology Society 2018-2024, a member at large (MAL) with the IEEE Communications Society (2021-2023), and a member of IEEE Vehicular Technology Society Board of Governors (2022-2024).

Bio: Iwao Hosako received his Ph.D. from the University of Tokyo in 1993. After two years with NKK Corp’s ULSI Laboratory from 1993 to 1994, he joined Communications Research Laboratory (former name of NICT). He is currently the Executive Director of the Beyond 5G Research and Development Promotion Unit and the Terahertz Research Center at the National Institute of Information and Communications Technology (NICT), Japan. His research focuses on terahertz band semiconductor devices, cameras, and wireless systems. He was the Vice-Chair of the IEEE 802.15.3d Task Group and is currently the Vice-Chair of the IEEE 802.15 Standing Committee Terahertz (SC-THz) and IEEE 802.15.3mb. He was serving as a working group member of the Beyond 5G (6G) Promotion Strategy Roundtable of the Ministry of Internal affairs and Communications, Japan from Jan. 2020 to Jun. 2020.

Bio: Dejan Vukobratovic received Dipl.-Ing, Mr.-Ing. and Dr.-Ing. degrees in electrical engineering from the University of Novi Sad, Serbia, in 2001, 2005 and 2008, respectively. He is a full Professor with the Department of Power, Electronics and Communication Engineering, University of Novi Sad since April 2019. From June 2009 until December 2010, he was on leave as a Marie Curie Intra-European Fellow at the Department of Electronic and Electrical Engineering, University of Strathclyde, Glasgow, UK. From 2011-2014, his research at the University of Novi Sad was supported in part by Marie Curie European Reintegration Grant. His research group was involved in FP7-PEOPLE-2011-IRSES project "QoSTREAM" (2012-2016) and FP7-PEOPLE-2013-ITN project "ADVANTAGE" (2014-2018), and is involved in H2020-MCSA-2015-RISE project "SENSIBLE" (2017-2021) and H2020-WIDENING-2018-TWINNING project "INCOMING" (2020-2022).